The Film Revolution Will Be Tweeted - By: Nosipho Mngoma 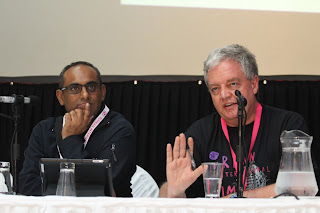 Taking part in a panel discussion to assist filmmakers harness the power of the media in distributing their films, Nilesh Singh of Videovision Entertainment observed that social media has drastically affected the way film marketing is done. “It is a different trajectory.”


Durban International Film Festival (DIFF) publicist Sharlene Versveld agrees. “There has been a huge increase in coverage for the festival since online media came about.” She said the number of online hits for the festival has doubled since last year. It has become so important to have an online presence particularly on social networks that Versveld feels there is a need for a dedicated social media manager for the festival in future. “After the banning of the opening night film, there was a flurry on Twitter and it has been a blessing and a curse,” she said.

However she maintained that the print media was still crucial in marketing films. She encouraged filmmakers to take advantage of it by preparing press kits which make it easy for journalists to extract and use information. Stressing the importance of still photographs of a printable quality she said, “think through the film imaging, the picture you give to the media could influence the coverage you get.”

Singh also advised filmmakers not to take electronic press kits for granted. “Capture the most important interviews on set; talk to the cast about their roles and the director about his/her vision.”

He said these interviews would also provide angles for writing press releases that would capture the attention of newspaper editors.

Young people may prefer micro-blogs, status updates and to live in a virtual world with friends and followers they may never meet face to face, but that does not replace the success of person to person marketing.
Film critic Leon van Nierop, who contributes to some of South Africa’s biggest newspapers, cited the marketing strategy for the film Bakgat (2008) to demonstrate this. They targeted areas where young people congregated on beaches and pop festivals, and handed out pamphlets. “This very practical, courageous and hand to hand strategy encouraged discussion and interest, so people talked about the film. It was one of the most successful marketing campaigns and literally reinvented the Afrikaans film”, he said. 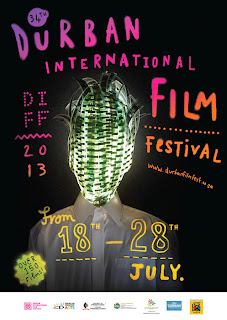 The views and opinions expressed are those of the contributing authors and editors and do not necessarily represent the views of the Durban International Film Festival, Centre for Creative Arts or the University of KwaZulu-Natal.